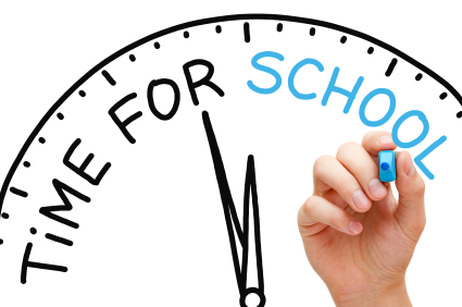 Congratulations on becoming the president of the United States my name is Ben Gilchrist and I am a freshman at nipmuc regional high school in Massachusetts. I believe Schools start classes too early in the morning. Starting schools early causes students to be more sleep derived and can lead to them getting lower grades in school or even get sick if they don't get enough sleep. Studies have shown that with the way school is now a lot of kids are waking up as early as 5:30 meaning they are only getting 6-7 hours of sleep a night. Sleep deprivation causes students to become less focused and less productive. Studies by the American journal of pharmaceutical education showed that people who slept more than 7 hours the night before an exam on average got higher grades and had higher semester GPA. I think if we had school start at a later time it would increase productivity and grades of students. Being deprived of sleep also increase the chance of you getting hurt or even dying from both occupational hazards and automotive accidents. Studies show that driving tired is just as bad as driving drunk. Seeing as alot of upperclassman in high school drive to school in the morning I think we should make school start later to decrease the chance of school students getting hurt, sick, or receiving lower grades.

school start times sleep school
Published on Nov 3, 2016
Report a problem... When should you flag content? If the user is making personal attacks, using profanity or harassing someone, please flag this content as inappropriate. We encourage different opinions, respectfully presented, as an exercise in free speech.
Nipmuc High School

A NFL Quarterback Colin Kaepernick has been taking a knee during the National Anthem due to what he claims unfair laws because of skin color.

Cyberbullying affects most of the country today and we need something done about it.

Discrimination and Racism are big issues in the U.S. Why do we have such a hard time accepting others?

Don't Be Shamed By What Others Say!

Do you listen to other people? Are you going to follow other people and do what the say, or be yourself. Bullying and cyber bullying is a big issu...

Schools should switch their starting hour from an early start like 7:00 A.M. to a later start like 10:00 A.M., so that students can have more sleep...