Hello future president I just first want to congratulate you in winning the election I didn't like the other candidate so I'm glad you won. Now I want to talk about a problem that seems to resurface every time the media claims that a white male police officer shoots a black male or female because of racism. Then afterwards that officer is labeled a racist even though there could be a number of reasons on why that specific shooting occurred. I believe that the police force doesn't deserve the amount of hate they are recently getting and that we shouldn't automatically pull out the race card when an officer does something.

Police are trained to handle a multitude of stressful situations on a daily basis. They are forced to make judgements and decisions fast and under pressure because if they take even a few more seconds to think about what they are about to do it could cause fatalities not just to the police officer himself but to innocent bystanders. This is one of the main reasons why police officers shoot first because of quick decisions that they think is the best for the public.

I think the reason for this problem is the media and the main focus on capturing the bad moments and jumping to conclusions on the police. Rarely do you hear about a police officer doing something extraordinarily good and the reason behind this is because stories like this aren't as interesting and the media knows this. They know people would rather hear about a cop shooting an innocent person than hearing about a cop arresting a drug dealer or an actual criminal.

I want you as the next president to address this problem and show peope that the cops are the good guys and to let people know that if they feel threatened about a cop or feel scared they shouldn't be because the cops are here to protect the innocent. I want you to make people feel that the cops are the heroes and they need more respect and honor than they are getting. Without cops there wouldn't be any protection and we would really be in trouble then. 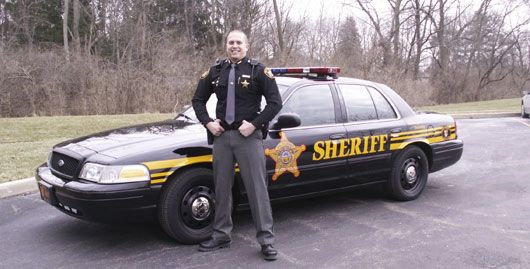 police
Published on Nov 8, 2016
Report a problem... When should you flag content? If the user is making personal attacks, using profanity or harassing someone, please flag this content as inappropriate. We encourage different opinions, respectfully presented, as an exercise in free speech.
John Henry Francis Polytechnic High School

We as Americans, take almost everything as granted. Whether it may be the food on the table, the clothes on our body, or most importantly the abund...

About 3.2 million kids are victims of bullying. We can help them by stepping up for them.

People in rural and impecunious areas don’t have as much access to medicine thus leading to more deaths in the world that could have been prevented...

Police Brutality is a serious problem because police are getting away with killing people with little to no punishments. What we need to do is simp...

The police force of the United States is running on an outdated system that wasted money while taking away money from the offices and offers a serv...