Congratulations on you becoming the president of the United States! But I am unsure about what you want to achieve as president. However, I'm wondering will you actually make America great again? Can you stop the gun violence, police brutality, and many more that made this country go in the wrong path? I hope you can give us and especially black people more freedom and make this country equal. We want the same rights as others and we want peace. The reason why is because we want our president to focus more on the country instead of things that are out of the country.

Stopping Gun Violence will definitely shape up the country and will leave us at peace. Getting rid of gangs is very hard but, some of the people that use guns probably aren't even in a gang and they're just angry about something and want to express their anger. Stopping Police Brutality will increase the amount of freedom and peace we have in this country especially for black people. The reason why is because that's one of the main problems in this country and getting rid of that makes things easier to solve. I really just want you to fix up the black race and give them some freedom and peace.

All I'm asking is for you to make us all equal. I don't want any race to be eliminated, taken away, or unequal. Gangs will take awhile to work around with but, as long as Police Brutality is problem solved, then we won't be seeing a black man killed by a police officer ever again. I understand that you have to deal with things in order to keep our country safe but our country still isn't safe inside. I just feel that you should fix the problems that are happening in this country like the Gun Violence, Police Brutality, and Racism. I want the United States of America to be peaceful and equal. 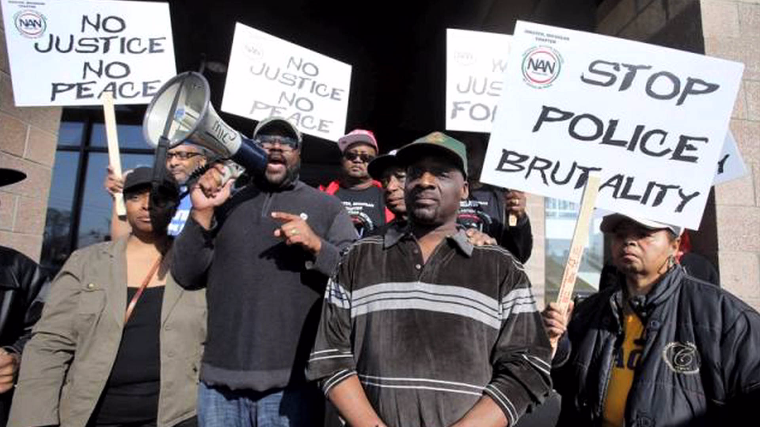 problem police brutality black lives matter black people
Published on Nov 8, 2016
Report a problem... When should you flag content? If the user is making personal attacks, using profanity or harassing someone, please flag this content as inappropriate. We encourage different opinions, respectfully presented, as an exercise in free speech.
The University of Chicago Charter School, Woodlawn Campus

Many people can't afford to get the health care that they need, which leaves a lot of ill treated patients sicker than before or even dead.

Predominantly black schools in the US aren't given the same educational tools and resources as predominantly white schools.

They need to stop.

Bringing truth and acceptance back to politics

Immigrants have the same rights as us American people. They should get treated the same way as Americans. They only came here for better experien...

Every day millions of Americans use motor vehicles that run on fuel to take them any place in the country. On a monthly basis, an average American ...

Gun control should have stricter laws

Gun laws should not be changed.

Donald Trump will be a great suitable president for this country.

Racial injustice is a major issue.

These are very important questions for the upcoming president