Why are people forbidding same-sex people to adopt? Why do people judge on unnecessary subjects in their personality? Having stupid reasons on why same-sex parents can’t adopt? If gay couples can’t adopt then why can’t they even be foster parents? That’s why I’m writing to you Mr. President. Hello my name is Joel Tanner and we need to address the issues between the Lesbian, Gay, Bisexual, Transgender adoption rights. We should have more legal states to have rights for L.G.B.T+ parents and couples to adopt and or be foster parents.

It’s not fair that L.G.B.T.+ people have to suffer because they can’t have children of their own but they can’t even adopt that’s not okay. Only 15 states out of 50 states are allowing L.G.B.T.+ to adopt and these states are California, Colorado, Connecticut, Washington D.C., Idaho, Illinois, Indiana, Maine, Massachusetts, Montana, New Jersey, New York, Oklahoma, Pennsylvania, and Vermont. That’s only 30%. Whats going on with the other 70%? We have to have more states and people to support these adoption rights so the whole world can be equal.

The reason why people are not supporting L.G.B.T.+ adoption rights are because people just care about themselves these days and don’t think about the world as one. Homophobic people contribute to a lot to this argument to the people saying rumors spreading lies about how L.G.B.T+ people are bad. This is sending people mix messages through people’s mind and causing effects. These effects that are occurring are that a lot of people are getting hurt emotionally because they can’t adopt. Sometimes it goes too far and they physically get hurt because their Gay, Bisexual, Lesbian, Transgender

This issue can be solved if we have more people supporting L.G.B.T+ people so they can adopt children and have a happy life with their children. Some states and some countries allow L.G.B.T+ people to adopt but only one person is a legal parent and that need to changes to both parents can be recognized. L.G.B.T+ people deserve a chance a happy life just like everybody else. Argument can be prevented if we have more states to allow same-sex adopt kids and to be foster parents and make everything legal. These people need to put their phones down and help support on same-sex adoption rights.

Mr. President hopefully my letter to you can make a difference and convince you to make every person in the United States happy and fair. Having more states to allow L.G.B.T.+ people to adopt and foster care. Having people to support L.G.B.T+ people and care about the world instead of caring about themselves for once. When L.G.B.T.+ stands for Lesbian, Gay, Bisexual, Transgender. Then G.P.M.T.+ means Gay People Matter To . Thank you 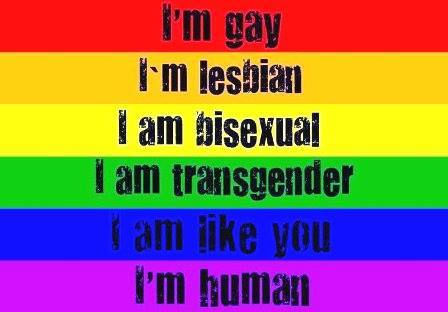 equal rights love is love adoption lgbtq rights babies
Published on Jan 21, 2017
Report a problem... When should you flag content? If the user is making personal attacks, using profanity or harassing someone, please flag this content as inappropriate. We encourage different opinions, respectfully presented, as an exercise in free speech.
Lewis Middle School

Drug Smuggling into the US

Drugs are smuggled into the US daily, and it needs to be stopped before it gets out of hand.

The Issues of Hate Crimes

Now's the time to stop the hate.

The highest cost of collage

The cost of the collage it is expensive for some people, and I want to know why.

Terrorism has shown an emergence over the years ever since the attacks on September 11th, 2001 and November 2015.

Let's Bring An End To Abortion

Every day, women across the country are being treated unequally. They are being paid less than a man for doing the same amount of work- and this is...

How Will You Prevent Discrimination?

It is 2017, and discrimination is something we as a whole are still struggling with. It is something that disappoints me as a citizen, and I can on...