I’m writing to you concerning the issue of taking major ground action against Islamic State. We should do this the because I believe that it will heavily diminish terrorist attacks around the world by taking out the command and control centers and will, possibly, make our reputation in the middle east better if we succeed in taking out most or all of the terrorist groups there, which would further stabilize world peace. On procon.org, an article states quite eloquently:”...Since the attacks on Paris, the demand to stamp out ISIS has rightly grown. The united states should not delay in leading a global coalition to take out ISIS with overwhelming force…”. This means that the US and other countries should go on the offensive in the middle east and put boots on the ground along with more airpower and drive out IS with sheer power and will. I believe that this would be the most effective strategic process of eradicating this ‘cyst’ from the middle east and, hopefully, take away its influence from the rest of the earth.

Although we are already providing small amount of air support to militants and other combatants, it should still be noted that these aircraft sorties get little done and risk the lives of the pilots who are participating, but if we actually put soldiers on the ground, we can take out the heavily fortified and protected top staff of IS and stab at them straight at the heart with ground and conventional warfare. On BBPNPOV.org, an article states:” Ground troops allow us to attack ISIS leaders who are in hiding. In 2003, we used ground troops to capture Saddam Hussein and in 2011, we used ground troops to kill Osama bin Laden; using ground troops for specific targets works. If we try to bomb the targets instead, then we lose the ability to confirm who has been killed, we risk unintentionally killing people other than the target, and we could potentially force the target, if he survives, to burrow further into hiding.” What we should interpret out of this is that soldiers on the ground will allow us to capture or kill IS leaders who you otherwise wouldn’t be able to do with aerial strike sorties and missions. By doing this, we were able to find Saddam Hussein in 2003 and again in 2011 to kill Osama Bin Laden, who plotted the 9/11 attacks on the Twin Towers. If we just drop ordnance on them, we wouldn’t know if we actually eliminated the person and accidentally killing civilians and other people. And if we strike at them with bombs or other aircraft ordnance, they could go deeper and deeper to the point where standard aircraft-dropped ordnance couldn’t reach them. We want to destroy IS as quickly as possible, and not have to endlessly chase the tails of our enemies trying to hurl bombs at them while they move farther and farther away from our reach, and into a location where we could not locate them or eradicate them.

People have grown more open to the idea of sending american ground infantry to the battlezone in the middle east. After all, that’s how we were able to defeat the nazis, Italians, Japanese, the central powers during world war one, and Saddam Hussein’s Republican Guard, and send the NVA and Viet Cong to the peace talks table. In another article written on a website called Pew.org, the said article says: ”... Last October, 57% approved and 33% disapproved. The possibility of sending U.S. ground troops to the region is more divisive, although the idea draws more support than it did four months ago. Currently, about as many favor (47%) as oppose (49%) sending U.S. ground troops to fight Islamic militants in Iraq and Syria; in October, 39% favored the idea and 55% opposed it.” This means that the general US populace is becoming more and more supportive to the idea of an all-out, full-fledged, desert campaign against ISIS, and that we should no longer sit back and watch as our ‘country cousins’ slowly get turned into part of ISIS’ war machine and get a large percentage of their religious and cultural artifacts destroyed, sold, or used for resources. This is definitely a big problem, and one that will not improve without our own involvement, both politically and militarily.

We have already sent a group of marines into Iraq to reinforce the garrison there. In an article on RT-question more, the article states: “Washington has sent a detachment of US Marines to Iraq to bolster the fight against the Islamic State (IS, formerly ISIS/ISIL) terror group. The Marines will reinforce US forces already there. A group of Marines from the 26th Marine Expeditionary Unit, or MEU, will be deployed on the ground, the US military said on Sunday, according to Reuters. It isn't immediately clear how many personnel have been sent and to where. The 26th MEU is one of seven Marine Expeditionary Units currently in the United States Marine Corps, according to the corps' official website. The MEU is a 2,200-strong Marine air-ground task force”. This means that Washington has already sent the 26th MEU to the area. Secretary of Defense Ash Carter wants to deploy more US military in the area in Iraq to bolster the fight against IS. Ash Carter says that he wants more opportunities to do more and that he wishes to put more American soldiers on the ground.

The Islamic State is a tyrannical, totalitarian and dictator-like empire that doesn’t deserve to exist, and I believe that we should take action and create a ground campaign against ISIS. Like I said before, this will have many positive effects on not just America, but the whole world, including bettering our reputation in the middle east and creating a lower possibility of terrorist attacks around the world because of the fact that we would destroy their command and control centers and give territory back to the countries that it got taken from. ISIS is a major worldwide problem, and one that won’t go away anytime soon. Public and defense secretary support has gotten larger, which means that people in this country would endorse your course of action. If we do almost nothing except airstrikes, ISIS will take over more and more territory and use it to create supplies and sell cultural artifacts that they find, further driving their war machine. In conclusion, I believe that if you don’t take major action in the near future, many, many people will die, and hundreds of thousands more will follow in suit unless we actually take the ISIS threat seriously; not just for our security, but also for the security and welfare of all of mankind upon this little blue and green marble we call home.

By Opting to Use Only Airstrikes and Not Ground Troops, the U.S. Can save the Lives of Both Native Civilians and American Soldiers. "Opposing Views: Should the U.S. Use Ground Troops to Combat ISIS?" Point of View. N.p., n.d. Web. 07 Oct. 2016. 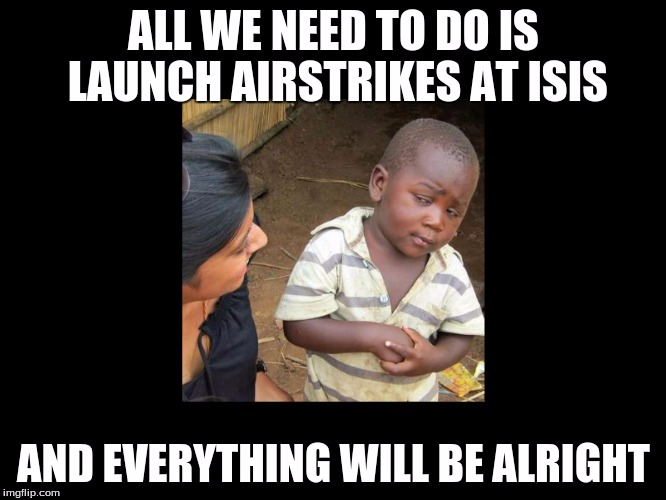 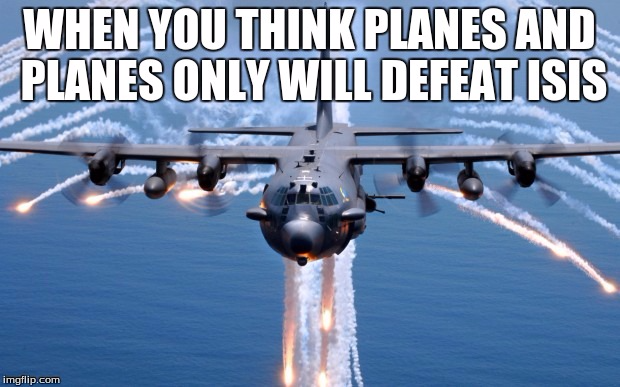 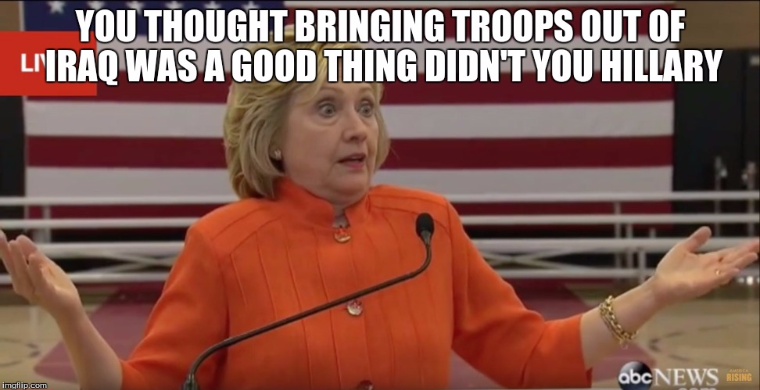 isis
Published on Oct 9, 2016
Report a problem... When should you flag content? If the user is making personal attacks, using profanity or harassing someone, please flag this content as inappropriate. We encourage different opinions, respectfully presented, as an exercise in free speech.
Bernal Intermediate

World Peace is the solution to all problems in the World.

You Represent Our Country

As the President of the United States our country and our future is in your hands.

ISIS is a problem

Aleppo is a big problem. We need do to something.