I am writing to you to address health insurance because it’s problem that many Americans deal with and lots of people can’t afford. I have heard of acts that were made to solve this issue, but Americans are still struggling with this. I am against raising premiums for Obamacare and Covered California. There are many reasons that the premiums are increasing, for example, medication prices. Some people are struggling to pay monthly because of this. But we should fix the causes of it instead of making the premiums more expensive because these premiums were supposed to be a reasonable price.

As I mentioned earlier, one reason that premiums are rising is because of medical costs are going up and federal protections are expiring. In the article, “Covered California Premiums Going up 13.2% Next Year. Here’s Why,” it says, “Insurance companies say premium prices are going up because medical costs are going up. Doctors, hospitals, labs and pharmaceutical companies are all raising their prices.” It also said, “We’re seeing new drugs coming out with blockbuster prices, and we’ve seen drugs that have been around for 30 years double and triple in price for no reason.” Since these drugs and medication prices are rising the Covered California has to get more money from the people to pay for them. If we lowered drug costs then we wouldn’t have to keep making the higher price higher.

According to an article I read, premiums have gone up due to new laws or the unawareness of how policy holders are older and sicker than the government thought and because of new laws. This is shown in, “Why Some Don’t Pay Their Covered California Premium: It’s Not What You Think,” which stated, “insurers are forced to ask for dramatic premium increases, driven by the fact that ObamaCare policyholders are older and sicker than the government had forecast…”. The article also said,“Objective analysts have uniformly concluded that the new law raises – not lowers – national health-care spending. The rising bill for national health care spending will produce sustained upward pressures on health insurance premiums.” The first quote shows that the people who signed up for Covered California need more medication because they were more ill than they had predicted. The other quote displays how this new law is making the situation worse instead of better. I encourage you , to solve this problem by making sure that the people that are sick are buying the right medication, instead of buying expensive medication that doesn’t help.

These reasons are why many americans are stressing out over their premiums even if they aren’t the ones causing the problem. According to the article, “How Affordable is the Affordable Care Act?”, it says, “Just thinking about it, I stress out. I have a mortgage. I have two kids in college,” she says, “This is more expensive than I expected, but I have to find a way to make it work.” This shows how this woman is concerned about paying her premiums, but she can’t control if they go up or not. She has to pay for kid’s college as well, so she has to find a way to pay for all of it.

This woman is not the only American facing this problem and actually many Americans are in similar situation. I urge you to please take my advice and fix these problems with Covered California. It has been a difficulty for such a long time and I’m surprised it hasn’t been fixed earlier. 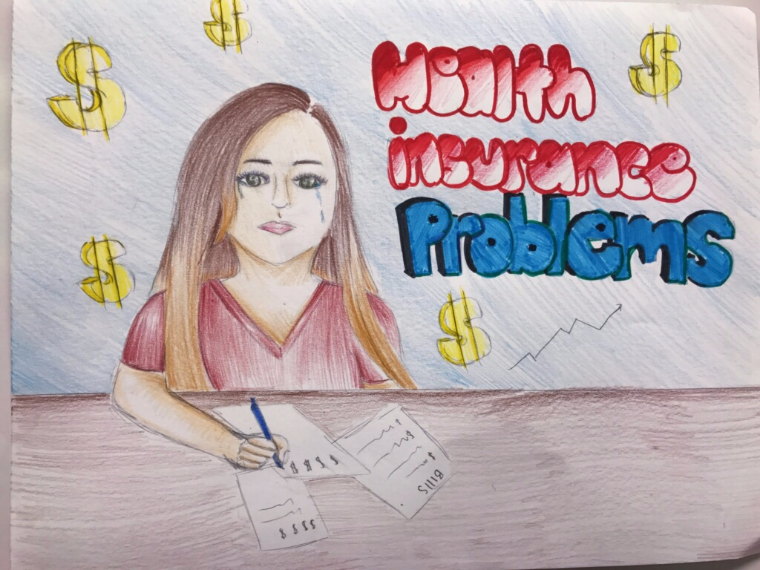 health insurance problem
Published on Oct 9, 2016
Report a problem... When should you flag content? If the user is making personal attacks, using profanity or harassing someone, please flag this content as inappropriate. We encourage different opinions, respectfully presented, as an exercise in free speech.
Bernal Intermediate

Please, just listen to each other.

There's an automatic barrier that stands between political parties, and it ultimately hinders us from having the crucial conversations that matter ...

The Problem in Plain Sight

Homelessness is becoming a very crucial issue since winter is coming up. How is this issue tackled? What can a person do to help in this situation...

Terrorism, a problem around the world.

The SAT is an unnecessary and ineffective test that should not determine an individual's "worth" when applying for college.

Obesity has become an epidemic threatening the health of millions of Americans. Our health is paramount, and it can no longer be pushed aside when ...

GMOs are genetically modified organisms. They are highly toxic and detrimental to the human health. This letter analyzes how GMOs are not beneficia...