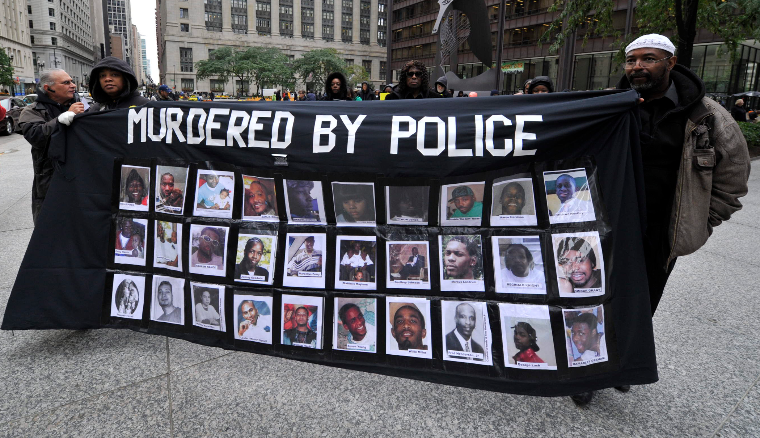 The first thing I remember wanting to be in life is a police officer. I was too young to watch the news and keep up with real world events like I do now, so I only had what I saw on cartoons to believe in. All my cartoons and TV shows depicted police officers as these real life super heroes who fought to serve and protect. Therefore In my mind I glorified police officers and I had a deep desire to become one. Unfortunately, what my childhood self thought of police officers was far from reality.

As I got older and less naive, I slowly started to realize the tragic truth. Yes, the police do serve and protect, but only for the right people. In fact, if you're the wrong people, police have be known to do the exact opposite of serve and protect. From May 2013 to April 2015, 464 blacks (the wrong people) were killed by police as opposed to 782 whites (the right people). I know those numbers sound like white people are more mistreated, but consider the fact that black people only make up 12.3 % of the US population, compared to whites making up 63.7% of the US population. These numbers show that blacks are a target for law enforcement, and I believe this is a serious problem for America.

police brutality black lifes
Published on Nov 9, 2016
Report a problem... When should you flag content? If the user is making personal attacks, using profanity or harassing someone, please flag this content as inappropriate. We encourage different opinions, respectfully presented, as an exercise in free speech.
The University of Chicago Charter School, Woodlawn Campus

Can Mass Deportation Build Our Nation?

Will building the wall and mass deporting immigrants benefit or destroy the country? Will it save us money or put the country in even more debt?

Why gun control laws need to be more strict, and higher age requirement in order to get a gun.

People are dying every day just because of the color of their skin. The United States is better than this; it has to stop.

Homework for the Successful Future Generation.

Too much homework is counterproductive on students, the overall workload shouldn't be more than 2 hours of work a night.

Recently, there is lots of tension between the police and the community they are serving mainly because police are shooting black African Americans...