I have a major issue I would like to address, and I have some very helpful solutions that I ask you take into consideration.

Immigration is viewed negatively by many Americans because they fear it would lead to terrorism. Most of the time it's against Middle Eastern immigrants due to former terrorist attacks from Middle Easterners. This causes racial profiling and discrimination, which is a huge problem that has caused fear in the people and foreigners. They believe immigrants bring crime to our cities and towns. In fact Immigrants are actually far less likely to commit crimes than their native-born counterparts. Even as the undocumented population has increased in the United States, crime rates have decreased significantly. Which shows citizens are proven to be more dangerous then immigrants.

During the past, there has been many terrorist attacks such as the most memorable 9/11attacks, which put the worst image on Middle Easterners across the country. Also many people have a jealousy against Hispanics work ethic. They believe Immigrants have a negative impact on the economy and the wages of citizens and take jobs away from citizens. But in reality, immigration has a positive effect on the American economy as a whole and on the income of native-born workers. But people like Donald Trump are trying to keep immigrants out when the majority of our countries ancestors are immigrants and foreigners. 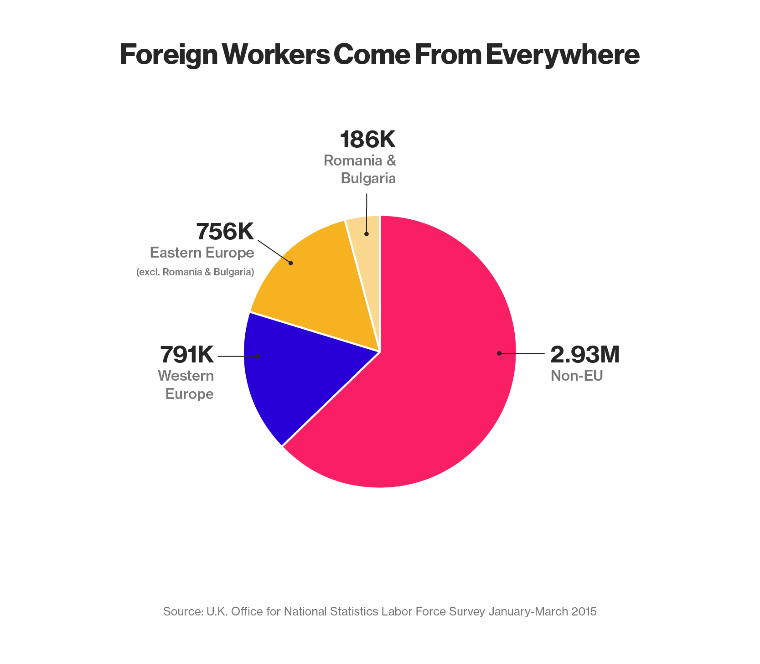 We can solve this problem by allowing a limited amount of immigrants to live here. We could even allow them to stay here for a certain amount of time so we wont get over populated and we could also charge a small fee such as they do in college if you aren't a resident. This way we could stop discrimination against foreigners. And we could also raise extra money for the country and have a bigger, stronger army. Most immigrants from Mexico have shown to be great labor workers and could help build this country up and make it stronger. But they should also ensure not to over work and under pay them, which is a form of slavery.

America is a place of diversity, and keeping out immigrants will put a bad image on this country and could cause a lot of long term problems. To prevent these problems we should allow limited immigrants to enter our country and be treated equally.

prejudice immigration
Published on Nov 9, 2016
Report a problem... When should you flag content? If the user is making personal attacks, using profanity or harassing someone, please flag this content as inappropriate. We encourage different opinions, respectfully presented, as an exercise in free speech.
The University of Chicago Charter School, Woodlawn Campus

Immigration should be stopped and there should be less of it in our world. Our states should stop being filled with illegal immigrants. A fence or ...

Here are some ways we could end distracted driving

Global Warming and Problems it has Caused

Global warming is a huge problem, everywhere, on our Earth. It has hurt many people already, and many more to come, if we don't do something about ...

Homework Should Not Invade Your Life

Home is where people go to relax and spend time with their friends and family, not work. School should not follow you home and ruin your only safe ...

The overview of animal cruelty

Many GMO foods are harming and killing people everyday. This needs to stop.

Defense from the Devils

Why should the government take away our guns? Anti-gun laws want stop the bloodshed of terrorists, and neither will opening the border. Terrorists ...

Talks about how we need to bulk up the borders, deport illegal immigrants who are felons and to continue legal immigration.