Hi, my name is Dezirae' Edwards, I am a 16 year old that attends Delta Charter School in Ferriday Louisiana. I am writing you to state my opinion about abortion. I am very concerned about how many babies are being murdered by abortion daily. Many people feel like abortion is against the law , which it should be. Meanwhile most of them think it's actually fine. Why should anyone decide to kill their babies?

One point two million abortions happen each year. That's one point two million murders of babies each year. Abortion should be a crime. I think people should go to jail for abortion as long as people are being sentenced for murder. Abortion is just wrong! It would be better to put the baby up for adoption so it has a chance to do great things. Choosing to kill the baby would be taking the chance to have a family away from someone who isn't able to have a baby themselves. In the case of a child of rape the child should have a chance to live a normal life even if it came into this world in a horrible manner. I hope that as the next president of the United States you can do something to change this.

If you can bring that abortion percentage to zero percent, I think you would be the best President in United States history. I know a lot of people in Ferriday that go through abortions and its because they cannot afford taking care of the baby , but that is no excuse for murder I think you should do something about this. This is a big problem in Ferriday, Louisiana and the whole United States. 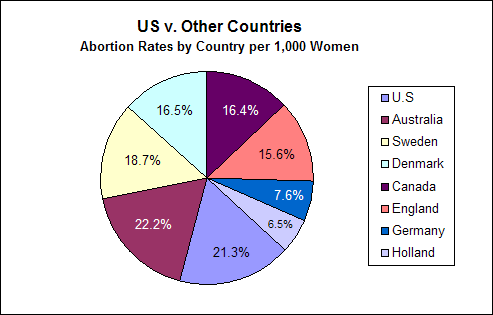 abortion
Published on Oct 3, 2016
Report a problem... When should you flag content? If the user is making personal attacks, using profanity or harassing someone, please flag this content as inappropriate. We encourage different opinions, respectfully presented, as an exercise in free speech.
Delta Charter School

With everything that has been said in my letter all I ask is that you take into consideration how we feel about the situations going on in our coun...

Please read our desperate desire for a better environment.

The Prevalence of Drinking and Driving Among Teenagers

This letter civically addresses the future president and asks him to lower the legal drinking age to 18 on the basis that teens would not feel the ...

When some companies get sexual harassment claims, there is a chance that they'll ignore it if the claim is about an employer who is an asset to th...

Abortion is an impending issue for American's in the near future.

No one should take away a women's right to choose.

All humans have the right to live and this includes unborn babies.

Abortion is not a matter for strangers to decide. Think about the woman not the unborn fetus.