There are several underlying issues in our society that many will critique you about. However, the one that I fear the most, is founded on morality and religion. This is the issue of Abortion. In these last few weeks, I have visited Planned Parenthood, an anonymous institution in which women (of all ages) are able to acquire any contraceptive they choose. In addition Planned Parenthood offers the most controversial practice of all, abortion. On the outside on the building, there is a sign that reads “intimidating a person entering or leaving the institution is illegal”. While, there have been numerous fights in front of this sanctum that births and aborts children, the institution is more than just a place of death. It is a place of freedom. It’s freedom to a woman who cannot support a child, to a woman who has been abused, and to a woman who is not ready to be a mother. Who is to say that a mother doesn’t know best for their child? Who are we to judge the choices that a woman makes for her own body?

I am aware that many believe that life begins at conception, but no one knows what will happen to the future of that child. If the birthing mother doesn’t want their child, where will they go? How many children are currently in the foster system? How many are currently homeless? How many are still in adoptive care? How many are abandoned? From the moment a child is born, they are part of our society. They have increased our population by 1. However, in the womb, they are still one person. They do not own the body they grow in, rather, they are a part of it. When statistics are calculated for the future of our population, we calculate how many children will be born--not by how many women are pregnant. I believe, that only in birth, does a child become it’s own person, it’s own body. Until then, I think the idea of pro-choice should continued to be offered, and institutions like Planned Parenthood should be government funded to be able to offer the same freedoms to women of all social classes. 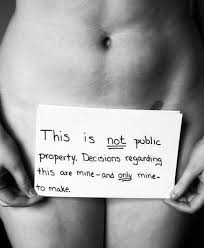 women's rights conception abortion pregnancy
Published on Nov 3, 2016
Report a problem... When should you flag content? If the user is making personal attacks, using profanity or harassing someone, please flag this content as inappropriate. We encourage different opinions, respectfully presented, as an exercise in free speech.
Santa Clara High School

Reforming the foster care system must become a priority. The children in these services are the true victims of a corrupt system.

High amounts of money spent on college is leaving students in debt for most of their lives.

Immigration is an important problem to me because I don't like the way that immigrants are getting discriminated do to the reason that they come in...

My thoughts on abortion and why it should be illegal with very few exceptions.

I do not believe abortion should be illegal.