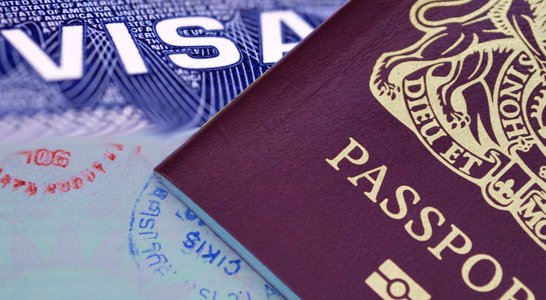 Immigration is a natural event, primarily used by animals in order to survive. Just like them, humans migrate seeking for better life conditions, better opportunities, or even by pure pleasure. However with a world population of 8 billion, it is necessary to control the level of immigration, assuring that countries won't be overpopulated. Immigrants should then, show how they would benefit the country, in order to move in. This would work like a visa, however, if the immigrant after a certain number of years still has a positive impact on the country, he/she should be granted to right to become a citizen.

When an immigrant decide to apply for a visa this also tells you a lot of information about them. Usually, most of their wealth are invested in that new life, also putting it to risk depending on the outcome.They are willing to work, resolved to invest their time and money and make the best out of that new life they are beginning. Visas, sadly, are not permanent, usually lasting between 1-5 years. Once over, the immigrant is then forced to leave back to its home country. In other words, the U.S is saying, “thank you for all that money and efforts you put in our nation, but now you have to leave.”

My family, was one of many who was granted a visa, and I can tell from my experience that nothing is easy and this time is very stressful. I strongly believe that a person should be rewarded when they put in hard work. This should be the same for legal immigrants, who endure a lot and put in very hard work. I hope this letter will be able to open societies mind and clarify the reputation of legal immigrant ,who most of the time, are looked down at by the people.

citizens change immigration
Published on Oct 24, 2016
Report a problem... When should you flag content? If the user is making personal attacks, using profanity or harassing someone, please flag this content as inappropriate. We encourage different opinions, respectfully presented, as an exercise in free speech.
Mourning Senior High School

The next President in office

So I feel that we need to expand the economy and domestic job growth in order for the United States to sustain for the years to come, and I have fo...

The White House. 1600 Pennsylvania Avenue NW. Washington, DC 20500 I am a resident of Sunny Isles Beach, FL, and I am writing this letter becaus...

The Road to Citizenship

The process for immigrants to gain their citizenship is an extremely stressful and extensive process. The process can take up to 30 years. I'd like...