It seems like we’ve decided to travel backwards in history to a time when certain minority groups were treated quite horribly. I, as a member of the LGBTQ community, am scared for the future of this country not only for others like me, but for everyone living here. There are people dedicating a lot of time to discriminate those who simply want to be themselves. Events like the Orlando shooting add fuel to the fire. A man killed so many people just because they were LGBTQ.

Someone might mention the fact the Congress just recently made gay marriage legal. Yes, that was amazing news and a big change in our country. A change that was supposed to be positive. Instead, there are rivals, court cases, even more abuse, and even more discrimination happening. A bill won’t change us. We have to change the way our people and kids think about this so that the United States can grow as a country and keep achieving equality. We have to change us. And with a president who is not willing to support the LGBTQ community, we will never change. You have to lead the people of this country in the right direction. 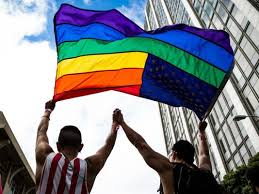 rights lgbtq rights
Published on Oct 24, 2016
Report a problem... When should you flag content? If the user is making personal attacks, using profanity or harassing someone, please flag this content as inappropriate. We encourage different opinions, respectfully presented, as an exercise in free speech.
Mourning Senior High School

This letter addresses the problem of invasive species in Miami and how it has destroyed local habitats and ecosystems. If this problem is fixed, t...

The Problems with Health Insurance Coverage and the Government Aid to Low-income Homes.

Making more policies for transgender people and improving the current ones we have.