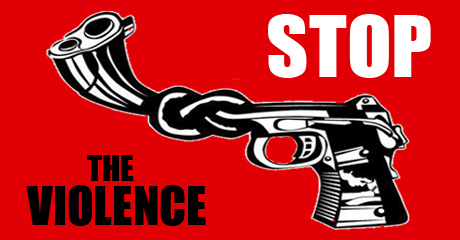 “Every day on average, 306 people in America are shot in murders, assaults, suicide attempts, unintentional shootings, and police intervention,” Kids, teens, and adults are being shot killed by gun violence every day. The gun violence in the U.S. needs to stop!

I want you to consider putting finger print readers on guns. The gun violence needs to go down. The more it goes down, thousands and thousands of kids, teens, and adults will be saved. The violence doesn’t just need to go down in the U.S. but, everywhere on the planet.

Thank you for your consideration.

gun issues gun deaths gun education
Published on Nov 6, 2016
Report a problem... When should you flag content? If the user is making personal attacks, using profanity or harassing someone, please flag this content as inappropriate. We encourage different opinions, respectfully presented, as an exercise in free speech.
Creekland Middle School

The federal minimum wage must be increased for people who work all day and can't afford their own daily needs.

Guns To Our Heads

Immigrants have rights too

Immigrants should be able to stay in the US if they meet certain requirements.

Students suffer with the high cost of college tuition, and the prices keep increasing over the years.

Gun laws should not be changed