Poverty and homelessness in America is not talked about enough. We Americans are always worrying about National Security and fighting foreign terrorism. I personally watched all of the Presidential Debates, and I did not here Poverty and Homelessness come up once in any of the debates. This made me sad, because there is homeless people who are sleeping in the cold streets, and there is hard working parents, who work multiple jobs, just to make ends meet. These people need your help.

You probably have different views on how to decrease poverty and homelessness in America, but I have an idea that many people have also, which is spending less money on the Military. According to NationalPriorities.com, "In fiscal year 2015, military spending is projected to account for 54 percent of all federal discretionary spending, a total of $598.5 billion. Military spending includes: all regular activities of the Department of Defense; war spending; nuclear weapons spending; international military assistance; and other Pentagon-related spending." I thought this statistic by NationalPriorities.com was really interesting and surprising. Military spending makes up 54% of the government's spending in America. That is a lot of money we are spending on our Military when we are not in a war. We could cut some money from the Military Budget and fund programs that would help people without a home and people who are in poverty.

According to Familypromise.org, "1 in 5 U.S. children under age 18, or nearly 15 million, live in poverty. This statistic was really surprising and alarming. One statistic that really stood out to me is why there is family homelessness in America. According to Familypromise.org, "The three most cited reasons for family homelessness are: 1) Lack of affordable housing, 2) unemployment, and 3) poverty." We need to make cuts on the military budget and use that money to fund affordable housing, create more jobs, and set up programs that would help homeless people find a permanent home and job.

Young and old need your help Madame President/Mr. President. Please take this idea, an idea that many people have in mind, into consideration. This is an easy way to help people who are either in poverty or homelessness and still not have a major impact on other things in the United States. 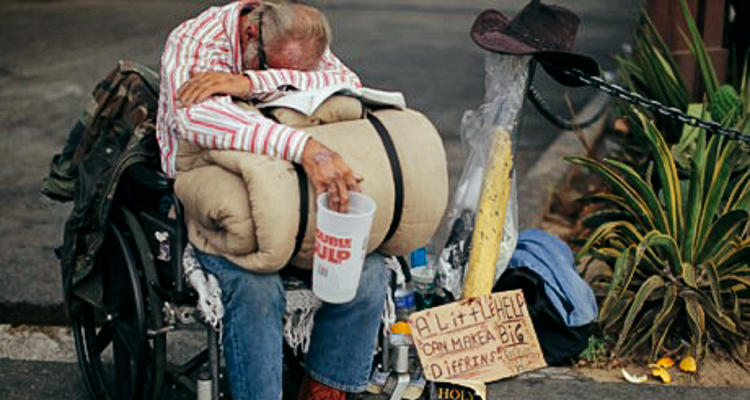 Poverty military funding homelessness
Published on Nov 12, 2016
Report a problem... When should you flag content? If the user is making personal attacks, using profanity or harassing someone, please flag this content as inappropriate. We encourage different opinions, respectfully presented, as an exercise in free speech.
Santa Clara High School

What is it worth?

Is medical insurance coverage worth the price people pay?

Invading U.S soil or compensating it ?

Why should we be hunted down when we do the same things as a American citizen and more so? Why are we taxed on the benefits we don't have? Why do t...

The Best Way to Help

Rather than trying to stop the aftereffects of the homeless problem, we should be addressing the root of the problem itself.

The cries of a college student's wallet

More than half of the American population aren't able to afford the college expense rates today.

College tuition is really expensive now and the government should try to lower the costs.

Firearms are way too easy to obtain these days, and we need something that can help control the firearms.

Police officers need to go through more than just the police academy. Having more education will decrease the amount of shootings that cause innoce...

Kids can are being treated terribly just because of what people think and no real facts. It should not effect everyone.

How can we reduce poverty?

Getting everyone an education is the first step to reducing the poverty levels in the United States.

A Home for the Homeless

There are thousands of homeless across the United States living in poverty. We, the citizens of the US, must take action and work to build more she...

There are many starving people out there, we need to fix this problem. Poverty is one reason for hunger. Poverty causes people to not be able to af...