One of the biggest problem in the U.S. is something called fear. When most people hear the the word Muslim or Islam, they immediately think of terrorism,  which can lead to Islamophobia. Islamophobia is the fear of Islam.

I am a Muslim and suffer from this issue. Some people call me a bomber, terrorist, etc. When they call me by these names, it affects my heart, emotion, and the religion that I love. I was born in Boston, Massachusetts on September 5, 2001, which was 6 days before the 9/11 happened. This day was marked as the worst terrorist attack ever on U.S. soil and ever since that day, people have judge Muslims by one major incident. The word Islam means peace, but yet many people do not know this and they don't seem to care about it.

They judge us by 19 out of 1.6 billion people, and those 19 people who where involved in the worst terrorist attack ever which is called 9/11,  yet there were Americans that killed the Native Americans and they estimate that they killed over 80-100 million Native Americans. 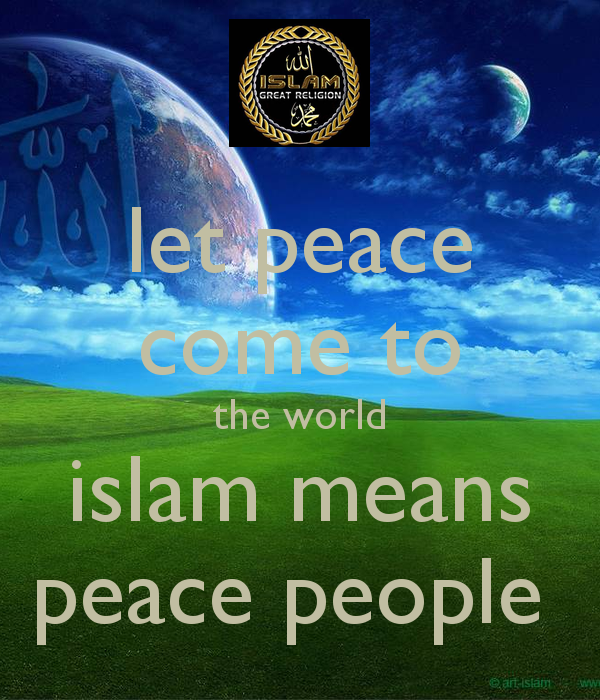 In the past Muslim have been treated wrong even in the year 770 B.C when the people threw rocks at Prophet Mohamed (S.A.W) when he was trying to preach about his religion Islam. Many people ignored and hated him. Prophet Mohamed's uncle was the one who listened and protected him because he was one of the tribe leaders, but slowly some people started to listen to him and follow him. The other tribe leader hated him because people gave money to the statue which then the tribe leaders took the money for their own benefit. What prophet Mohamed(S.A.W) is telling the people that there is one God. Prophet Mohamed taught people about his religion and he didn't use violence or any harmful things against the people.

fear islamophobia
Published on Nov 9, 2016
Report a problem... When should you flag content? If the user is making personal attacks, using profanity or harassing someone, please flag this content as inappropriate. We encourage different opinions, respectfully presented, as an exercise in free speech.
Santa Clara High School

What is it worth?

Is medical insurance coverage worth the price people pay?

The cries of a college student's wallet

More than half of the American population aren't able to afford the college expense rates today.

Issues Outside Of Your Comfort Zone

Some issues in Europe are really serious, so America should focus on them, instead of being selfish.

America is a country of illegal immigration.

Abortion, A Woman's Right to Choose

Woman need the right to be able to choose what is done to their bodies.

There's a stereotype that needs to be changed, girls can do whatever they want without having people judge on the way we do certain things.

There are no equal rights in the United States. American Muslims are being treated bad in their own country that they fought for.

How religious discrimination is on the rise in America

Take a Stand Against Islamophobia

We need to take a stand against Islamophobia since it is a real problem in the U.S. Muslims don’t condone or believe in what ISIS and other terrori...