Homeless people should be helped in any way possible so that they don't have to live on the dangerous streets. Not only are the streets unsafe, but the amount of people living on the streets, and in emergency shelters or transitional housing, are rising. One single night in January 2015; 564,708 people were considered homeless in the United States.

Homelessness is ascending each year in the United States. A steady 744,313 million americans become homeless each year. Even more so, 138,000 of the homeless are just children. They are far from being ready to take on the world and can face many life-threatening obstacles living on the streets. With the amount of people living other places than a stable home, there aren't that many shelters or places for displaced people. Recently though, there was an increase in beds for the rising number of homeless. As of 2016 there is 52% more available locations for anyone to sleep than in 2007. Now their are 319,212 available spaces for the homeless and in 2007 there were only 22,529 for the approximate 3.5 people without homes a year. 1 out 10 houses (without a mortgage) are foreclosed. That's 5 million houses since 2005.

Many of the people living on the streets have made sacrifices that has gotten them where they are today. 57,000 veterans are homeless. Since the average pay for a veteran is $91,250 a year, it is hard for them to keep a place to live once they are done serving. More than a fourth of the homeless are aged between 18-30. That's because they entered the job market around the Great Recession where many people lost their jobs. Also 90% of the homeless women are victims of sexual assault or abuse and had no choice but to live on the streets.

Each year at least 700 homeless people die from just hyperthermia, combining all the other dangerous factors homeless people face, thousands die a year from living on the streets. Some homeless are fortunate enough to have a tent that can sleep in, but others have a tarp to sleep with on the sidewalk. Many living on the streets face drug dealing, random stabbings or shootings and crackdowns by the police.

The government should be helping the homeless Americans, but instead they are making life even more difficult for them. A survey of 187 cities concluded in 2014 that 24% of cities make it a crime to beg in public, 33% make it illegal to stand around, 18% of the cities also make it illegal to sleep in public, while 43% make it a crime to sleep in a car, and more than half (53%) say it’s a illegal to sit or lie down in public areas. If all cities had these laws it would make being homeless near to impossible. Instead of making more laws to try and get rid of homeless people in their towns, the government should try to find shelters and or make homes for the homeless to live in. Homelessness may be the best option for some, but as a country we can find homes for all people in need. 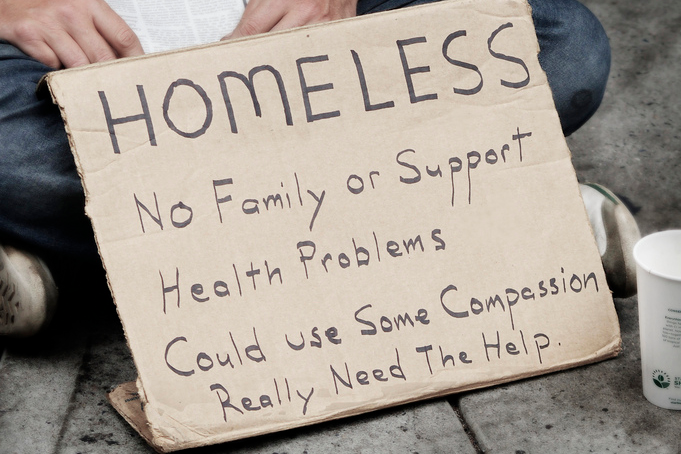 homelessness
Published on Nov 8, 2016
Report a problem... When should you flag content? If the user is making personal attacks, using profanity or harassing someone, please flag this content as inappropriate. We encourage different opinions, respectfully presented, as an exercise in free speech.
De Pere Middle School

Puppy mills should be illegal and shut down.

Clown Craze: A serious matter or pranks gone too far.

Why clowns need to be stopped before it's too late.

Why we should stop terrorism

Why clowns should not be allowed to roam the streets.

Why Endangered Animals need our help.

Gender equality is a Human Right

I would like for the future president to lower college tuition.

America must prevent those who don't deserve guns from getting them.

Better opportunities for others who deserve it.

Homelessness in the US

This should not be a big problem for the US.

Help for the Helpless

My letter talks about homeless LGBT teens/kids in today's society and how there needs to be something done to help them.